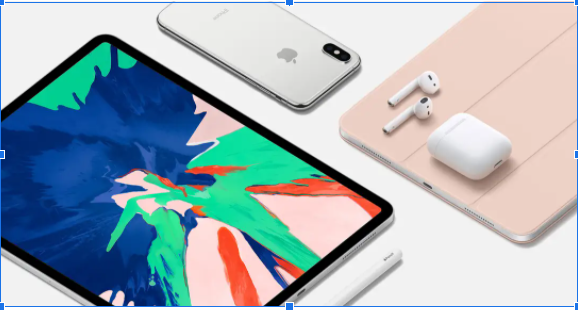 iOS Screenshots take up a large bulk of your App Store visuals. The app screenshots form an important deciding factor for most users before downloading your app. According to an independent research, less than 2% of the users tap the “read more” button and some ignore the app description entirely. There’s a considerable part of users whose perception of an app is primarily based on the quality of your screenshots and your app reviews. Therefore, your screenshots should primarily answers the following queries-

Can your app solve a particular problem of your user?

Is the app a high quality app?

Is it worth spending your time and money on your app?

iOS 11 brought a whole new app store layout, which made app screenshots appear slightly different in App Store search and on the product page now. In iOS 11 search, the screenshots appear on a smaller scale, which means that the resolution of the images must be perfect. Plus, the text font must be large enough, so the potential user can read straight from the app search page. Additionally, three screenshots are shown on the app search page, which means a great story sequence can be created by the three images. Thanks to the new layout, you can see more than one app for a scroll in iOS 11 search results. 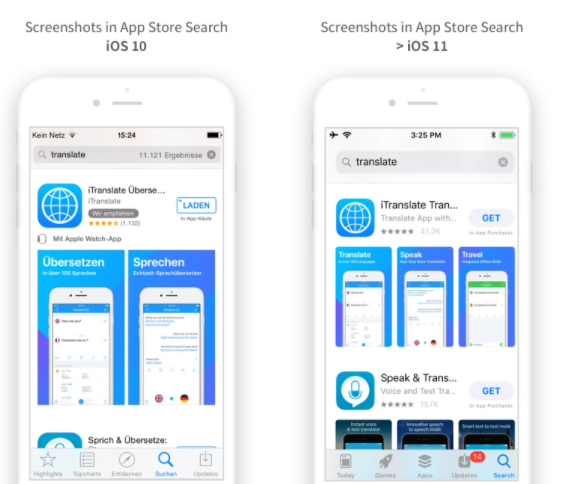 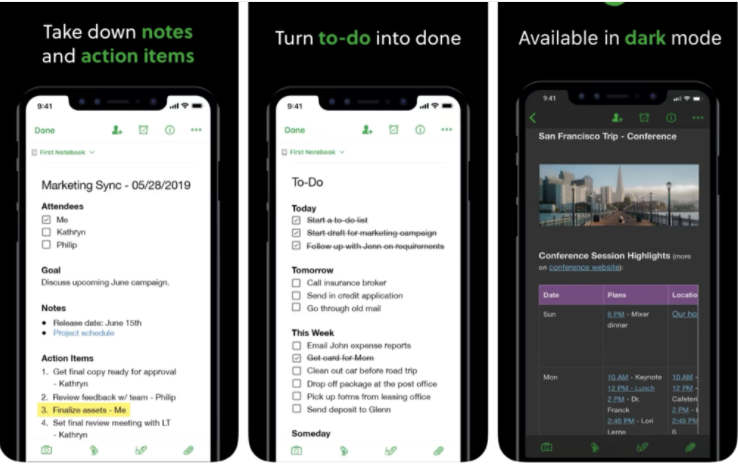 A well designed iOS Screenshot is - appealing and eye catching, clean and easy to read, straight to the point, reflects the brand.

You’ll find all the necessary information in this ultimate guide which will take your screenshots knowledge to a pro level. 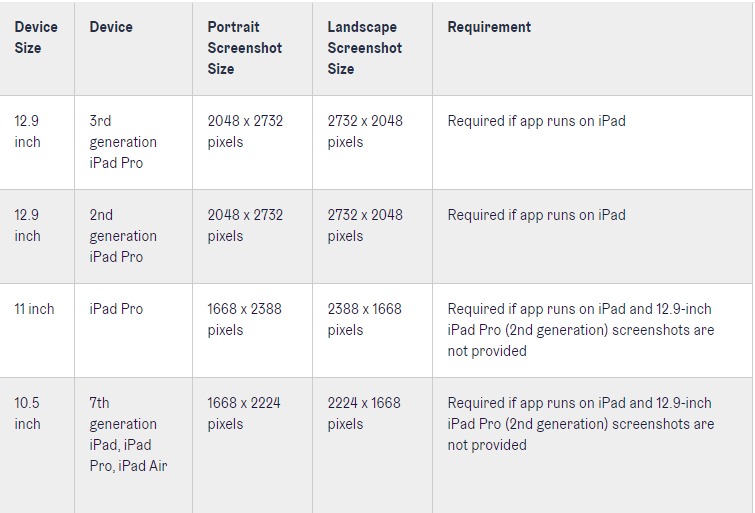 Show what your app can do- The main purpose of your app screenshot is to give the users a quick overview about your app and what features it has. Your screenshots have to be actual screenshots of in-app pages. Therefore highlight the most appealing features in your screenshots in order to capture your user’s attention. User’s will definitely expect your app to behave as promised, if not they will uninstall your app. So be doubly sure before presenting any vague promises! 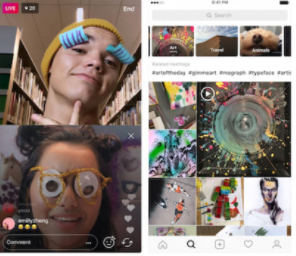 Emphasize the main features of your app- Apple gives you 10 slots- so narrow it down and emphasize only on the main features of your app. These are the ones that are most frequently used and searched for by the users.The text in your screenshot also plays a major role - therefore this too needs to be optimized. A short text using popular keywords will make it stand out more in front of the users.

Let’s take a look at this Skyscanner app screenshot. They not only provide well designed visuals-, but also create a story. Their first screenshot also try to entice the users with catch phrases like ‘ Find your next adventure’.

Localize your app screenshot-Localization for app screenshots usually goes beyond translation. You want to connect with your geo-target market and that means switching up the design to appeal to their regional or cultural preferences. Let’s take a look at WeChat.It has managed to localize it’s app thus catering to the global users. 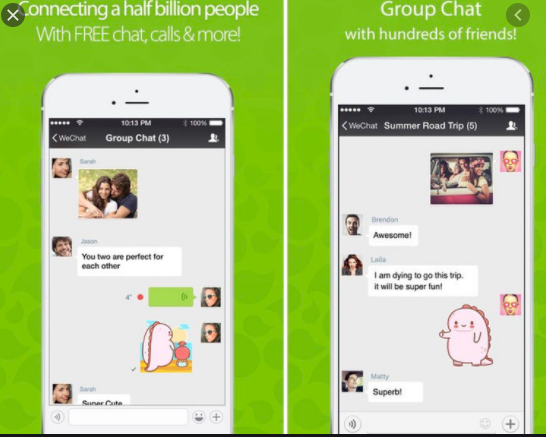 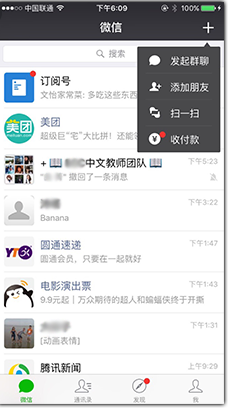 App screenshot orientation-Choosing between portrait and landscape mode is a common dilemma faced by most app developers. In general, it is best suited to stick to the portrait mode, as such screenshots are easier to scan quickly.

However, landscape orientation mode does have quite a hold for a gaming app. For instance, Rovio tested portrait screenshots vs landscape ones before launching Angry Birds 2. The results contradicted the gaming industry trend as vertical screenshots won. In the process of screenshots optimization with mobile A/B testing, the app got a 13% conversion increase which means millions of additional installs in absolute figures. Thus, the game got 2.5M more new users in just a week after its launch.

Color and background- If your app is a playful one, use vibrant and playful colors for every screenshot. Minimalistic nature can be applied to your app screenshot layout. 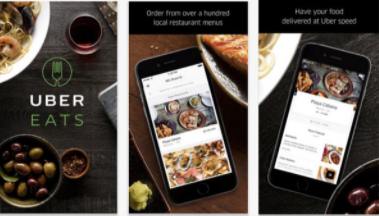 Incipia studied product pages of top 100 free apps in the Apple App Store and got the following results: 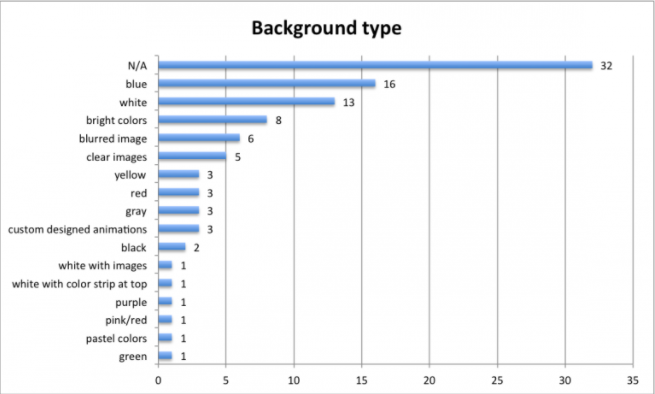 Make use of social profile- If your app got recognition (being #1 lifestyle app in Honduras and being mentioned in a top-notch media outlet), don’t be shy to empower your ASO with it reflecting these testimonials in your screenshots. It’ll only make your core message more credible and speed up users’ decision-making.

Highlight new features after major updates- Your new feature may be a game changer for your app. Therefore, after its release placing it on the first screenshot of your app makes sense. This could also increase your potential to be featured as Apple’s trending app.

Therefore, app screenshots are critical to getting more user downloads. Therefore, you must ensure that your app stands out by implementing minimalistic and appealing designs! However as an app developer you must also keep in mind that your app’s prosperity doesn’t blindly depend on just the app screenshots. You also need to pay attention to ASO. After all, we live in a world where extensive texts are ignored for stunning visuals. So, equip yourself with the tips and tricks mentioned in this guide and get down to brushing your app screenshot skills.